The Swimming Expert brings together years of knowledge gained as an international level swimmer, a high quality coach, a hard working athlete manager, a very successful sports manager, and an in-demand aquatic consultant.

He is also author of the top selling swimming book ‘Swimming for Parents’ and the parent of two junior swimmers.

Over the years, Gary Barclay from Melbourne, Australia has been involved in many of the most successful club programs as an athlete, coach and manager.

Gary began swimming in 1974 when he joined the Nunawading Swimming Club in Melbourne, Australia.  He swam at a State level from the age of 10 years and a National Age level from 11 years.  Gary won multiple gold medals at the Victorian Championships over a 14 year period and was also a very successful swimmer at a National level, winning many National level medals. 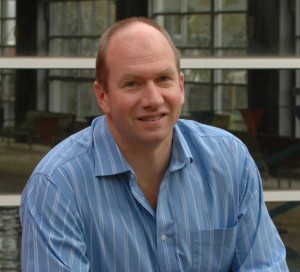 In 1990 Gary coached his first junior squad and began with just 6 swimmers aged 10 years to 12 years.  Over the next three years he developed his squad to cater for 60 children in 2 squads of 30 with 10 to 12 years in one squad and 11 to 13 years in the other.  In an outstanding result at the 1994 Victorian Championships 59 of the 60 swimmers swam in at least one individual final and there were 7 events were swimmers coached by Gary won the gold, silver and bronze medals in the one race.

In 1995, Gary moved on from Nunawading Swimming Club to set up a new swimming club at Carey Grammar School.  Carey Aquatic (now known as CA Tritons) had only 7 swimmers when it first began.  Within 3 years the Club had developed swimmers at all ages to become one of the top 3 clubs in Victoria and qualify more than 20 swimmers for the Australian Age Championships, an outstanding achievement.

In 1999  Gary coached swimmer Simon Leighfield to a gold medal at the World Cup series against many of the best swimmers in the world.

However it was the love of being involved at the grass roots level that brought Gary back to Melbourne and the Nunawading Swimming Club in 2003 as its Chief Executive Officer.  Since returning to Melbourne, the Club has become one of the powerhouse swimming clubs in Australia winning the Australian Champion Club 3 years in a row and the Victorian Premier Club for 5 of the past 7 years.

If there is someone who has worked in swimming all their life, then Gary is it.

His approachable nature and willingness to provide information and educate coaches and swimmers has led him to become one of the leading experts in the sport of swimming in the world.

If you have any questions on the four competitive strokes or on competition skills like starts, turns and finishes, then please email them to gary@theswimmingexpert.com