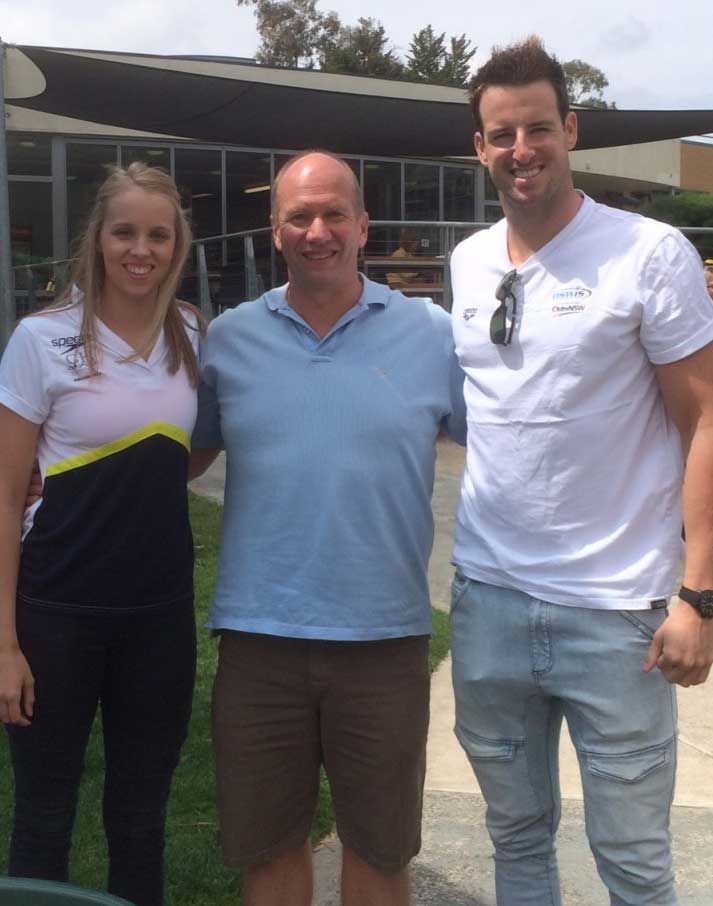 The occasion was the annual Swimming Victoria JX Forum for swimmers aged 9 to 13 years.  Sian Whittaker was the second special guest swimmer to be interviewed in front of more than 200 swimmers and their parents.  Both athletes were inspirational with their messages to the young swimmers and swimming parents.

James talked about his life when he was a young swimmer.  He won a number of green third place ribbons around the ages of 11 and 12 years and waited until around 16 years before increasing his training from 3 times a week to 8 times a week.  During Year 12, James took a year off swimming to concentrate on his studies.  Interestingly James first state level final was in backstroke and his first state medal was in butterfly.  He has of course become one of the best sprinters ever in the world.

James moved to Sydney to attend Sydney Uni after Year 12 and decided to swim under the coaching of Brant Best.  His initial success at a true International level in 2011 was quite unexpected. At the 2011 World Championships in Shanghai, China, James didn’t swim the heat of the 4×100 freestyle relay because the coaches didn’t feel he was fit enough to do two very fast 100’s in one day. For the final he was selected as the first swimmer and had to stand up against some of the best swimmers in the world including the USA’s Michael Phelps and France’s Alain Bernard.  The Australian team was in lane two and James was able to see the key swimmers from other countries during the first 50 metres and was a touch behind going into the turn.  On the second 50 he breathed away from his main competitors and just swam his heart out for the second 50 metres.  On touching the wall he looked to the side and saw Phelps and Bernard take their final stroke to touch the wall.  Magnussen had swum a time of 47.4 seconds which was the first swim under 48 seconds all year.  The team including Matt Abood, Matt Targett and Eamon Sullivan went on to win the gold medal and then James proceeded to win the individual World Championship gold medal four days later.

James also discussed at length his preparation for the 2012 Olympics and the weight of expectation he felt on his shoulders.  Whether it was walking down the street or eating in a restaurant, James was constantly receiving good wishes from people leading up to the Olympics and this combined with the slim chances for many other Australian athletes to win a gold medal meant that James Magnussen became the pin up boy for the sporting public of Australia.  He also received many sponsorship opportunities and had to work these in with his training schedule.  James felt like he carried the weight of the nation.  While at the time, his individual silver in the 100m freestyle made him feel like he’d failed (he was ranked number 1 going into the event), he said that “If someone had told me at 16 that I would not only be an Olympian but had won an Olympic Silver and Bronze (Men’s 4×100 Medley Relay) I would have been ecstatic.”

James was extremely open and honest with the swimmers and parents and provided a unique insight into a friendly, motivated, dedicated athlete and their lifestyle.

The key messages James passed onto the swimmers was to “keep making small steps every year” and “get your technique down pat when you are young.”

And one last point… James likes to eat dates and finds them a great source of nutrition. Whether its as a snack before or after swimming or in a fruit smoothies, dates keep James going.

Sian Whittaker is an 18 year old girl from Melbourne, Victoria.  Sian is also training for the Rio Olympic Trials and is doing Year 11 & 12 over three years to continue full time training.  Sian explained that when she began swimming she had more success in butterfly.  Over time she came to enjoy success as a backstroker and this remains her favourite and most successful stroke. When Sian was growing up she played many different sports and was particularly good at tennis.  There came a time when she had to choose between swimming and tennis and she chose swimming.

Sian began swimming in meets around 10 years of age and her first disappointment was being disqualified in her first State Championships.  As a young girl Sian finished in 4th place many times. This only drove her to work harder and improve more and gradually she has taken over the girls who were beating her.  When Sian competed at her first Australian Age Championships as a 12 year old there was no expectation on her to do anything and she took 6 seconds off her 200m backstroke and made the final.  Sian has learnt to manage her nerves (as much as possible) prior to racing and is always confident when she stands behind the block.

Sian’s advice to all swimmers and their parents was for junior swimmers to develop their stroke technique and racing skills including starts, turns and finishes, at a young age.  This should be a priority.  Sian also encouraged the swimmers to set short term goals which progress towards a big goal. 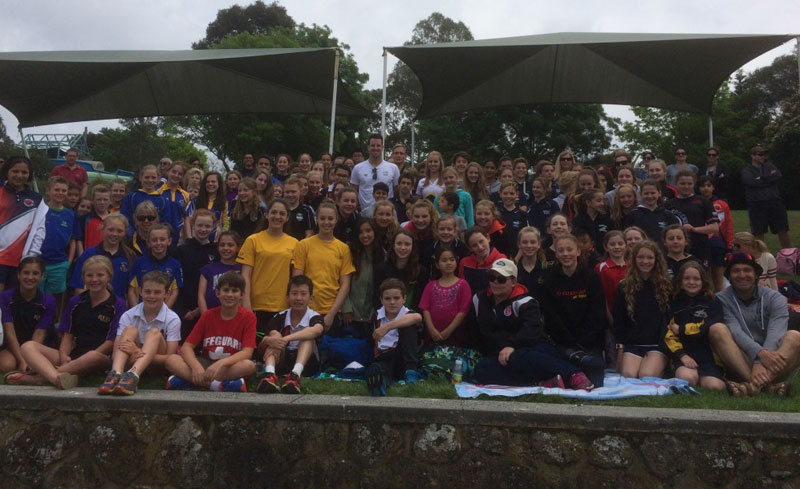 Both swimmers were outstanding with their contribution to the day and provided many handy hints and tips to the young swimmers attending.

Congratulations to Swimming Victoria on putting on such a great day for the junior swimmers and their parents.

Should swimmers do weight training?
Advice on my Swimming

One Response to A morning with James Magnussen and Sian Whittaker